I have some history, let‘s say.  I‘ve been through grueling trials and it‘s not a joke to say that I truly have nine lives.  These trials are what have shaped me and led me to choose the pathways I now gratefully tread.  I have not always lead a clean lifestyle - I have done my share of experimentation with different varieties of hallucinogenic mushrooms, LSD, marijuana, and alcohol, searching for that inexplicable place or dimension beyond what is reality.  The results were a near loss of life upon several occasions.  I feel that I‘ve probably used up eight of my nine allotted lives, and I am not willing to venture into this territory anymore, having done all the testing I need to do to see just how hollow this seam really was.  Some years ago, before WhiteCatPink was even a figment of my imagination, I suffered a massive alcohol-induced brain hemorrhage.  I was born with a malformed bundle of capillaries right above my brain stem that burst and bled profusely in my brain, temporarily paralyzing my right side and all but obliterating the ability to play music.  The doctors told me that it bled itself out - which was abnormal, because usually with a bleed of this magnitude it keeps going, and that‘s it, you‘re done.  The Great I Am had other plans for me in this world, and clearly was not done with me - such is Its great mystery.  It‘s funny when you take something for granted, such as musical talent, or even the ability to walk and tie your shoe, and suddenly you haven‘t got any of it anymore and you have to relearn how to do everything.  I was a strong classical pianist, having trained all my life up to that point, and was also in the upper echelons of my drumming community, and suddenly I was faced with the challenge of properly holding a fork and doing simple math.  Ironically, music was what kept my spirit alive, along with the encouragement and patience of my mother, who kept me at doing my exercises to get my movement back when I wanted to give up, and was my unfailing motivator.  I would spend the long hours, days, weeks, and months in the hospital listening to my favorite music and reading Modern Drummer, envisioning the day when I would once again play my instruments.  Later, when I was released and at home, I faced the challenge of even playing my drums again, barely able to play the kick pedal and unable still to lift my right arm to play the cymbals because it was still subflexing.  The drumming sounded horrible, absolute crap, but I kept at it, day in and day out.  I had to fight with the pride of what I used to be and what I now was.  Little by little I was able to get stronger, and playing my drums and piano aided in resurrecting the movement, and my love of music never faltered.   I continued on this trajectory for the next half year and was eventually able to get work again as a modern dance accompanist and later as a ballet accompanist as well, which I still do today for my work outside of WhiteCatPink.  Nowadays, drummers will notice the way that I play my drums and will often ask if I‘m a left-handed player on a right-handed kit, because my left hand is the more wildly active of the two, the right hand exhibiting less largesse in the realm of flash, and instead holding the beat steady.  This obviously leads to an interesting discussion, as you can see.

As if this were not enough, I also battled with depression and tried to commit suicide on two later occasions, both of which ended me back in the hospital, with the second putting me into a coma.  I reveal these things, because I would like you to see that no matter how dark it gets, there is a point of light at the lowest point of the deepest depth.  I am grateful to be alive, strong, healthy, clean and sober, and playing music with a new fierceness.  I play in WhiteCatPink with a fresh joie de vivre that is informed by what I have been through and a second lease on my movement and music.  The struggle to recapture, reinvent, and rehone my musical abilities was a monumental task, both physically and emotionally.  I never gave up.  I kept the goal of playing again in my sight, no matter how low I got.  Along with playing in WhiteCatPink, I am a well known accompanist up and down the Front Range, involved with collegiate dance festivals all over the Northwest, and I have also played piano for ballet classes for prestigious dance companies from all over the country at Colorado Ballet.  It is a constant habit for me to calculate my miraculously good fortune and to see the mountain I had to climb to get here.  I must remember not to harshly compare myself with other musicians who have full use of their faculties, when I still only have 100% fine motor skills on half of my body and 75-80% on the other.  I try not to use this as an excuse to say that I cannot do something, but sometimes I can‘t hide it.  Nonetheless, observing that I can play the music that I play, can run, can partner with girls in ballet, can work out, can move, can LIVE, this is the source of my enthusiasm.  My definition of success is vastly different from what it used to be, and I feel that I am more truly who I was meant to be as an artist because of the fires of my hard-won understanding and need for patience in the face of giant obstacles.  I have experienced darkness in my life that is beyond comprehension, have made lots and lots of mistakes, have had many trials, and now get to savor wisdom and successes beyond my expectations, knowing a little bit more about myself, and what I am truly meant to be. 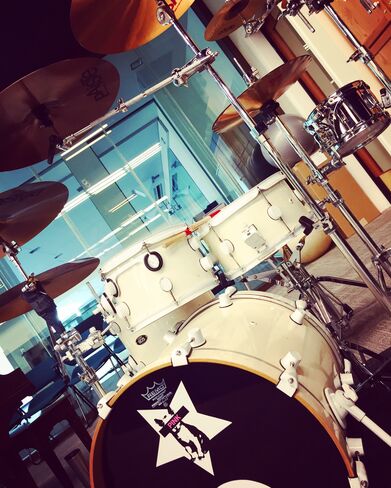